WHAT IS METAVERSE : UNDERSTANDING THE CONCEPT OF A VIRTUAL WORLD

A lot of people find it hard to understand what the Metaverse is all about, they’re confused about how the implementation of the Metaverse can help humanity.

In short the Metaverse is the Digital version of the Universe.

However to give you a clear picture of what the Metaverse is let us look at a more in-depth analysis.

What exactly is the Metaverse?

The  Metaverse is an Alternative world, the Internet Variation of the Universe. It is a connection of Various Technological concepts such as Virtual reality, Mixed Reality and Augmented reality to enable Users create Avatars (Virtual versions of themselves), Live in a Realistic three-dimensional Virtual World and cohabit with other users in a bid to create their own Reality. 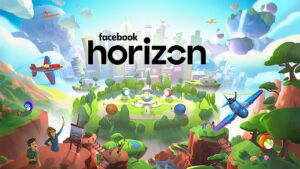 The term metaverse was first mentioned in a 1992 science fiction novel Snow Crash by Neal Stephenson, an American author.

Snow Crash envisaged a virtual reality based successor to the Internet, where humans as avatars, interact with each other in a 3d virtual space that invokes a direct similarity of the real world.

The word metaverse originates from the Greek word “meta” (Meaning Transcending, or more comprehensive) and “Universe” which means to create a world that sets beyond the limitations of our Physical world.

Internet Technological concepts of the Metaverse.

The Computer simulations generate data through the use of human sensory signals produced through Interactive devices e.g. smartphones and  presented to the user in such a way that gives them a feeling of Telepresence and makes the 3d Artificial environment appear as a real environment.

It allows the user to interact with their surroundings through the aid of Virtual Reality headsets and helmets.

The Perceptual information generated only provides the user with additional data and builds on the user’s real-life environment. Augmented Reality isn’t totally virtual, it’s a combination of Real and Virtual environments and not a mere replication of a real environment. 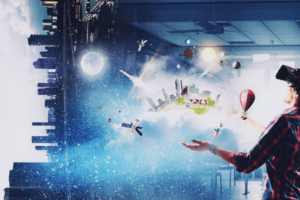 People ask questions such as. Assuming the Metaverse is real, how do we access it? How do I join the Metaverse?.

It’s easier than you expected, with the aid of Technological devices such as general-purpose computers, smartphones, Gaming consoles. Head Mounted Displays (HMD) such as Augmented Reality (AR) and Virtual reality (VR) headsets, Helmets and Glasses.

In addition there are a handful of platforms allowing people to have the Metaverse experience.

Decentraland, Roblox, Sandbox and TCG world are examples of such platforms.

These Platforms allow you to buy Land (Real estate), Play games and interact with other users through Avatars. You can also create your own projects on the Metaverse with the help of these platforms.

Other Reputable Companies are Investing in the Metaverse and once their Innovations are released it may make things better.

Related Topic: 10 Best Ways To Make Money From Your Land In The Metaverse

Meta (formerly known as Facebook) On the 28 of October 2021 Facebook announced a name change to Meta, and set in motion a quest to create a Virtual version of our world where people can socialize, work and play. The company is making plans to make sure that Metaverse is the future of the Internet.

Companies like Nvidia, Microsoft, Epic games (Fortnite), Apple, Nike and Decentraland have joined the Metaverse, some of which have rolled out projects in the Metaverse.

Best Metaverse Cryptocurrencies To Buy In 2022

It's no news that Metaverse crypto coins are the recent trend in the Cryptocurrency space. Top metaverse projects such as...

How To Create And Develop Your Own Metaverse Using Unreal Engine

Big Tech companies like Meta (Facebook), Microsoft, Roblox and Epic Games are rolling out projects worth Billions of dollars in...

The Metaverse is a Virtual world with a Multi-trillion-dollar potential and it would be great if when it reaches its...

How To Rent Land And Properties In The Metaverse

I recently tried to buy Land on Sandbox, after doing some research I discovered that the least I could get...

Accessing the Metaverse isn't as hard as it seems, you just need to have the right Device to Enter the...

The arrival of play-to-earn (P2E) games in the gaming industry has led to the creation of games with various amazing...

Atlas Earth— A Passive Income Opportunity In The Metaverse

What is Axie Infinity?